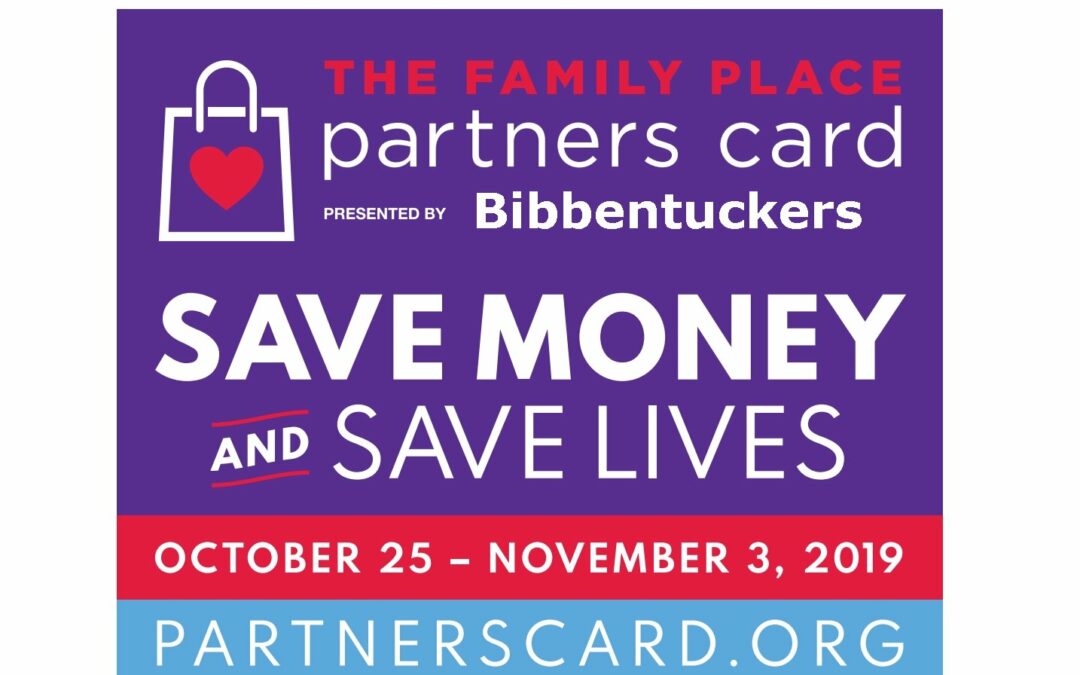 At The Family Place, they hear stories everyday that inspire and heart break. As the largest family violence nonprofit organization in Texas, the Family Place serves women, children and men with free services including shelter, counseling, education and much more to help victims lead lives free from abuse. In addition, each fall The Family Place’s signature fundraiser, Partners Card, builds advocacy and support for the people in their care. Bibbentuckers proudly sponsors Partners Card, and happily assists in their important work.

Read about Tamica’s story below.

Tamica grew up the oldest of five siblings. Like so many victims, throughout her childhood, she watched her mother go through many abusive relationships. Her mom suffered from both mental illness and substance abuse, so Tamica and her siblings were shuffled in and out of foster care and stayed with various family members. When she was only 12, Tamica was left by herself to care for her siblings, who were all under age 10. She experienced sexual assault for many years, victimized by those close to her, but she never received help.

As a teenager Tamica longed for love, so she began to look for love in relationships with men. At 17 years old, she encountered her first run-in with the law, was charged as an adult, put on probation, and kicked out of DISD. She moved in with an older boyfriend who started to abuse her. She became depressed and tried to commit suicide. Fortunately, this wasn’t the end of Tamica’s story, however she still maintained obstacles to overcome.

Tamica was determined to finish high school. She started online classes but was moving from one bad relationship to another. She delivered her first child in 2004. A few years later, she was introduced to The Family Place after an altercation with her boyfriend. Working to move forward, she continued her studies at community colleges.

In 2012 Tamica married an abuser, thinking he change. After six months, the abuse began again, and she knew she must get out of the relationship for the sake of her children. She came back to The Family Place and enrolled in our counseling program. Through the help of the legal team at The Family Place, she filed for divorce and ultimately went on to secure her independence by starting a successful business.

Tamica says counseling at The Family Place helped her heal from the inside out and gave her the tools she needed to become victorious over abuse. She now a strong advocates for victims of family violence. Tamica joined the Toastmasters and continues her education at Paul Quinn College studying Business Administration and Fundraising and Philanthropy.

In the future, Tamica hopes to start a nonprofit to help those suffering from domestic violence, homelessness and mental illness. She likes to say, “When you learn to dance in the rain, no storm can rain on your parade!”

Stories like Tamica’s become an all too common occurrence in our community, but The Family Place prioritizes putting an end to family violence through their comprehensive services. Moreover, by supporting The Family Place, positive changes can occur.

Finally, buy the Partners Card today at Bibbentuckers or online at partnerscard.org. Enjoy a 20% discount at retailers and a 10% discount at restaurants.  Over 750 businesses will participate in DFW during the October 25 – November 3 timeframe. One $70 Partners Card provides a night of safety for a victim fleeing family violence at The Family Place shelters.

Save Money & Save a Life with the Partners Card!