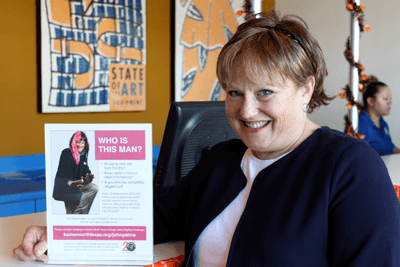 It has been three and a half years since Dallas real estate agent and longtime Bibbentuckers customer, Peggy Millheiser, was declared cancer-free after her breast cancer diagnosis and treatment. However, her journey with breast cancer actually began decades earlier.  Unfortunately, she witnessed the breast cancer battles fought by her mother, her aunt, and her sister, as well as her paternal grandmother.

To improve her own odds, Millheiser took a proactive approach to her health. She was religious about annual exams and mammograms, and she kept up with new developments in research and treatments.

“I knew my day would come, so I needed to pay close attention to my health,” she says. “When that day eventually did come, everything worked out fine.”

After her diagnosis, Millheiser did genetic testing and learned that she had the BRCA2 gene mutation. She underwent a double mastectomy, not only to catch diagnosed cancer but also to proactively reduce the chance of future breast cancer. The other women in her family also took the test. Millheiser’s niece – whose mother had died of cancer – found that she, too, was BRCA2 positive. She had a prophylactic double mastectomy (a procedure that made headlines when Angelina Jolie did it in 2013).

“It’s people like Peggy Millheiser who have inspired Bibbentuckers to support the Komen Foundation’s efforts to find a cure,” says Palms. “Thanks to all the Bibbentuckers customers and employees who have stepped up to help save lives during this Breast Cancer Awareness Month.”

Millheiser has been proactive in helping to find a cure for breast cancer. She is active with the Susan G. Komen Foundation, participating in the Dallas Race for the Cure® each year and even doing the Komen 3-Day Walk.

Her involvement with Komen caught the attention of Bibbentuckers delivery manager Kent Smith.  He shared her story with Bibbentuckers CEO John Palms. Coincidentally, Palms had already agreed to support the Komen Foundation.

“It’s people like Peggy Millheiser who have inspired Bibbentuckers to support the Komen Foundation’s efforts,” says Palms. “We want to thank all the Bibbentuckers customers and employees who have stepped up to help save lives during Breast Cancer Awareness Month.” 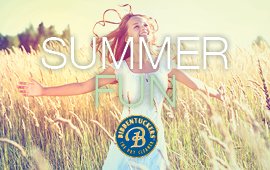